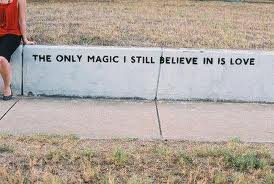 by Jane Alexander, excerpted from her blog, Exmoor Jane.

Yesterday was a strange day. You ever have those days when you keep trying to convince yourself that everything is fine, that all the crap is just in your head (which, of course is it)?  But then the crap just keeps throwing itself at you – quite literally.  That was yesterday. My boy was home sick (literally) again. The phone kept ringing. The doorbell kept ringing. I kept having to race out into town and then come back to find I’d missed deliveries, missed calls, missed people.  It was a missing day.  And then my brother phoned, from the US, and we hadn’t spoken for ages – and he always phones me from his cell-phone as he drives the highway, pausing every so often to pay a toll. Only yesterday, we’d been on the phone for all of five minutes when the SP came in, looked at me and vomited shit at my feet.

‘Call me back, Chris,’ I said. ‘Give me ten minutes.’ So he did and I cleaned it up and then he phoned again and then James called, ‘He’s done it again!’ so I sighed and Chris said ‘I’ll give you fifteen.’ And

I cleaned up a small dog’s bodyweight in crap.  And then he phoned again and we talked again and he said, ‘How’s work?’ And I laughed.  And he said, ‘So what are you doing?’ So I said ‘Meditating mainly.’ And he didn’t laugh but sounded wistful. ‘I should be doing that,’ he said. ‘And I will. When I have time.’ Which made me sad.


And I wasn’t going to blog today.  But here I am.  Because today is a new day. Fresh start. Capital letter.  And I woke up with a song in my head and a feeling that I needed to write this here and now.

Round we go, round and round. Life isn’t a line. It isn’t even a circle. It’s a labyrinth, a many-dimensional labyrinth. The paths bend and turn back on themselves all the time. And you think you’ve learned a lesson only to realise that it’s there, to be learned again, on a different level, in a different way.

Nothing is ever simple. Every time you think, ‘Aha! That’s it!’, the it changes.

Of course it does. Life is change. Nothing stays the same.

Unconditional, eternal Love.
Yes, really.
Beyond all grief, all suffering, all surface flurry and drama and angst.  Love.

Read the rest of this post at Diary of a Desperate Exmoor Woman.

And then come back here and share your own first-person story about love or astrology or labyrinths in the comments.