Rekindle the fire in your loins 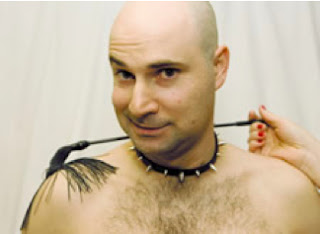 Several years ago I was kvetching with two girlfriends about my non-existent sex drive. I’d been married for a decade, was having sex with my husband once every six or eight weeks, and was of the mind that if I never had to have sex again, my life would be no worse.

Don’t get me wrong—I loved my husband. I just had no interest in getting naked with him anymore. My GP prescribed antidepressants. My counsellor encouraged me to explore past sexual experiences. My girlfriends bought me sex toys. None of these things helped. I decided that something in me was broken, and went as far as proposing to my husband that he have an affair while away on a business trip.

He gratefully accepted my indecent proposal. Unfortunately, he fell in love with the other woman and left me. My dream of never having to have sex again had come true… but not quite as I’d envisioned it. Too bad I hadn’t done better research before declaring myself libido-less.

For instance, had I spoken to Dr. Karrin Fairman-Young, a naturopath, she would have asked me about my lifestyle, diet, and the strength of my sex drive when it was “normal.” The most common causes of libido loss for both men and women, says Dr. Fairman-Young, include diet (“A diet that’s too low in fresh food might indicate that antioxidants are needed”), smoking (“Smoking creates free radicals that damage cells in our body, so energy that might be directed to sex drive is focused on repair”), being overweight, and stress.

“When someone comes to see me and their beeper is going off, and they’re anxious to get through our meeting so they make their next appointment, I’ll check cortisol levels and show them stress-reducing breathing [exercises], for instance.”

And if all those possible causes are ruled out? Dr. Fairman-Young says many of her patients have hormone imbalances, which can be caused by estrogen in our drinking water or hormones found in meat.

“Or [it] may be due to vitamin deficiencies that are inhibiting the sexual organs from producing the hormones that influence sexual desire,” she says. “I look at all of these things before suggesting a treatment plan.”

Another perspective on why people lose interest in sex comes from Joseph Schumeckers, an instructor in the Feldenkrais Method: “Sex and sexuality in North American culture are loaded with emotional trauma and taboos that we store in our bodies and minds. This mind-body interaction influences how comfortable we are with the movements that make sex pleasing.”

With the Feldenkrais Method, the muscles that control the movements that make intercourse so enjoyable are worked, so tension is released. From gentle pelvic motions for lovemaking’s subtle moments to improving overall balance for wild explorations, Feldenkrais has been proven to increase sexual pleasure.

Schumeckers believes that “once you are more at home in your body, libido becomes a word with little meaning. What matters is the sensation of two melting bodies carrying each other into blissful experiences.”

Meanwhile, John Ince, co-owner of Vancouver sex toy store The Art of Loving and author of The Politics of Lust, believes that by nature, we tend to become bored with long-term sexual partners and desire newness. Ince suggests trying new ways of lovemaking to re-energize sexual interest—assuming that medical, psychological, and energetic conditions have been ruled out as the cause of low libido.

Since my husband had already left, I took all this advice into my new dating life. I even tried the whole wig-stilettos-fishnets thing with one man—but he was the one wearing them, and it did nothing for my libido!

As a relaxed, non-smoking, light-drinking vegetarian, my diet was already pretty libido-friendly. However, when I started dating I did go on the Pill for the first time in 15 years. Did the extra estrogen help? Maybe.

But I think it was Feldenkrais that really reignited my pilot light. I could feel it happening in the hours following each session, in the way my hips moved when I walked. I still have a Feldenkrais treatment once a month—and the man I now share my life with has never heard the words “I have a headache” from my lips.

Donna Barker is a native of Quebec who shares the common French-Canadian attitude that the only subject not to be discussed in mixed company is one’s political beliefs.
Posted by Donna at 8:11 PM