An Apology to Stefanie 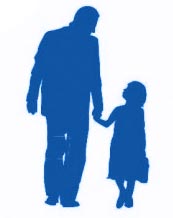 By Steve Sears, excerpted from his blog SGSWrite


I wanted to reach out and publicly apologize to my daughter, Stefanie.

I won’t get into specifics and my reasoning, but I really yelled at her this past Thursday evening, and I still think she deserved it. But, she also deserved better — from me.

A little history here, if I may. When my wife Lucille and I were first married, I prayed for a pregnancy, and a daughter. I guess growing up in a home with two brothers for 25 years will do that to you — give rise to that wish.

But there’s something special about a little girl for a Dad. Maybe you need someone to protect gallantly? Perhaps. But for me, it meant having something or someone special toddling around our tiny, Bloomfield, New Jersey home. First dates? Walking her down the aisle? Yes, for me it was all part of what I envisioned.

My wife got pregnant a year into our marriage, and I immediately set to work on making my upstairs den into a baby room. We chose not to know the sex of the child, so we planned on painting and carpeting the second bedroom in colors that sufficed for both sexes.

I was certain this was my prayer being answered. A daughter was coming into my life.

And then it happened. Almost three months in, as it sometimes happens with pregnancies, my wife had a miscarriage.

The evening I left Lucille in the hospital — which, ironically enough, was her birthday — to rest, I came home that night, climbed the stairs, and looked into what was supposed to be my daughter’s room. I leaned against the doorway, just looked in, and felt like crying. It was, without a doubt, a deep blow, probably the saddest time in my life.

“Now,” I thought to myself, “we’ll be coming home with nothing.”


A year later, my wife got pregnant again, and this time I felt sure that a son was on the way. I even had “baby experts” tell me that, the way I had described the sound of my daughter’s heartbeat when the doctor was checking my wife, that it was a boy. And I believed them. As my wife carried my daughter the summer of 1990, I thought of all the things Steve Jr. and I would do together.

Lucille and I talked often, and I kept excitedly saying that I looked forward to having a son, even though I longed for a daughter.

Then one evening my wife told me she had a dream. In the dream, she was at a carnival with a friend, and while there she won a prize. When making her selection, she pointed to a hanging pair of pink rosary beads and said, “I’ll take those.” Then, shortly thereafter, at her baby shower, the cake that was served was adorned with a wee, plastic sleeping little baby girl in pink.

Those who had organized the shower were furious with the caterer. My wife wasn’t. ...CONTINUE READING...

---Grab a tissue (I had to) and read the rest of Steven’s story at his blog, SGSWrite.com. It's a wonderful site with many engaging and touching stories. A lovely way to pass a Sunday afternoon.

And then, come back here and share your own first-person story about love or kids or an apology... or anything really… in the comments and I’ll give it its own post.